Filament end identified too late, could not eject old filament

Disclaimer: This is my first 3D printer and I’ve not owned it for a full month yet, so I fully admit to being a complete noob. Value my thoughts accordingly 😉
Today the printer ran out of filament mid print and as it should it notified me and asked me to change to a new spool. So far everything as it should be. However. It tried to unload the remaining filament but never managed to do so. After a fair bit of trouble shooting, I found the old filament still in the printer head but just far enough pushed through so the hobbed pulley could not get a hold of it and retract it. Also since the end tip of the filament was cut at an angle (like in this image 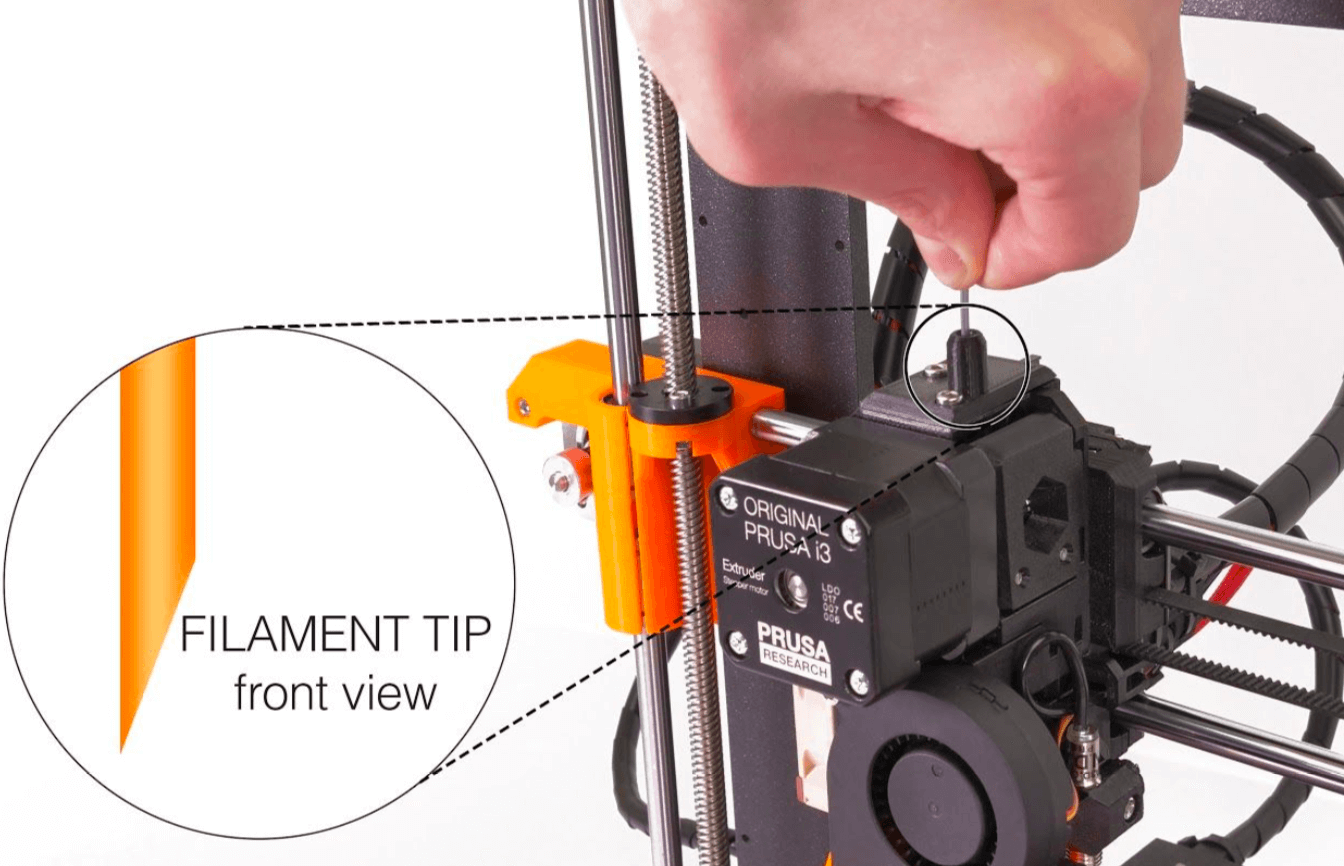 ) the new filament could not push the old filament through the hole as the end tip of the old filament guided the new filament to the side of the hole making it miss the PTFEtubing. To fix this I had to heat the nozzle and manually push the last mm of old filament completely into the tube using a small flat screwdriver. Then the new filament found its way into the tube and everything worked smoothly.
I’m guessing this situation could have been avoided if the old filament had been stopped just a few mm earlier as to guarantee it to still catch the hobbed pully teeth. From a technical perspective I can see the desire to stop the old filament as late as possible but IMHO in practice it would be better to stop it say a cm earlier in order to assure my issue is avoided all together.
Maybe there is some sort of setting on the printer “filament end safety distance” or something but I have not found it. So, if there is no such setting, my humble suggestion would be to adjust this to stop the old filament a centimeter earlier than today.

PS. Thanks for a great printer Prusa. We absolutely love it! DS.