X belt/axis seems to block at a certain point

I've printed quite a lot on my Prusa i3 mk3s which I bought at the beginning of this year. So fare everything went well, after the assembly I was able to have high quality builds. However since last week I'm having issues since my layers of my prints seem to shift, I had no idea what was wrong until I investigated it further this morning.

First I ran the self test in order to be able to have correct view on the belt status. As I suspected the X axis was too loose. So I read about it in this post ( https://forum.prusaprinters.org/forum/original-prusa-i3-mk3s-mk3-assembly-and-first-prints-troubleshooting/loose-x-and-y-axis-belts.-how-to-tighten-them/#post-86384 ) and was able to tighten it by losening the screws of the motor a bit and by screwing the tightning screw bit by bit until I got a perfect tension again. After that I ran the self test again to check the belt status afterwards and the settings were back ok!

Below you can see the movie of the Prusa logo print. As you can see while printing the first layer the extruder needs to go diagonally but every time going from left front to right back it blocks for just that half a second again (you really need to pay attention to see it while watching the video).

You can clearly see the result on the image below. The last line of the first layer (before I stopped the print manually) makes it clear. The X axis blocks while the Y axis keeps moving correctly which screws up all of my builds... I have no clue what else I can do since the tension on the belt is now ok again. Should I simply replace the motor...? Or do you think about any other possible issue/fix?

Check if your grub screw is sitting on the flat side , and is tightened.

Check if there is a lot off difference between top belt and lower belt, the tension.

Check if belt is not hitting the site of something in the printer.

Belt to much tightened. Could also be a problem with the bearings. The X axis should be easy to move from end to end without scratching.

the bearings are lubricated?

There is remarkable difference between the tension of the top and lower belt. The lower belt has less tension. Already checked the belt's alignment and that is ok, not hitting anything, nice in the middle; What could I could about the tension on the lower belt. Would it help to disassemble the extruder and shorten the x belt a bit?

What screw exactly do you mean with the grub screw?

Overtightenend is not the issue here I guess since the tension of the top belt is nice, just the difference between top and bottom might be a concern...

The pressure I have to put on the X-axis does not seem to have changed since assembly, still moves smooth enough in my opinion... How can I check if the bearings are lubricated? I could put some WD40 on it but without fully disassembling the X-axis it would be some guessing...

Wd40 is not a lubricant it’s a degreaser, do not ever use it on your bearings and rods. If you must add lubrication then a light machine oil worked into the bearing can help a little. However as the bearings have a seal designed to keep grease inside and dirt out you won’t get a lot transferred inside the bearing. It can help though until a full tear down can be done if your bearings are the problem. The only way to lubricate them properly is to do a disassemble far enough to remove them, grease the inside with a suitable grease and put it all back together.

Also the numbers are not belt tension they are based on motor current, the higher the more motor current is needed to move them so the x axis could actually be an issue. Instead of those numbers you just need to see how smooth the axis moves and as long as the belt is tight enough not to skip teeth on the pulleys you should be ok as long as it’s smooth and easy to move over it’s entire range of travel.

the grub screws mentioned are the 2 on each motor pully. To set them properly both must be loosened off, one must then be aligned with the flat of the motor and tightened down and then the second one is tightened to act as a set screw. If they aren’t done in that order they will eventually work loose.

I need to check those screws in the morning. But isn’t it strange that across my entire xasis it only happens at one specific spot?

I visually inspected the belt and cannot see any damage or so.

But the belt tension difference between the top and bottom, can that be an issue?

it’s rare for belts themselves to be damaged except for excessive wear after a long period or something very wrong during use but you would notice that immediately.
Whenever there are issues I usually follow a certain checklist. The best way to check bearing for ease of movement is to remove the belt and then tilt the printer. Without the belt the axis should slide easily with no sticking. With a belt attached it’s harder to tell but you can usually feel it.

if the bearings aren’t  smooth travelling then that can be caused by a few things.  One is them being worn out. This can happen early, especially if you don’t add extra grease when assembling. This is the one bad point about the instruction manual, it assumes the grease that is in the bearings is enough when many people will tell you that it’s packing grease and should be cleaned out and replaced with proper grease. You can still get a decent lifespan out of them without but they last longer if installed with extra grease. Even if the bearings are fine they can still bind if you over tighten the U bolts on the bed or the plastic part of the x carriage back. The other thing that can effect the x carriage is your wire bundle, if it’s not done correctly the wire bundle can act as a sort of spring so the motor has to fight that tension too. So yes there are factors that can cause problems in a single area.  May be an obvious question but do you have any scoring or other damage on your rods ?

once you know that the bearing are smooth then the next thing is to make 100% sure that the motor pulleys are correctly installed, flat first before the second grub screw. If you later get later shifts checking the grub screws on the pulleys is the single most common cause of layer shifting.

after the pulleys then you can look at the belt lol. There are proper tools to test belt tension and a correct amount but if you dont have them it’s a case of once again going be feel, they should be tight but not really highly tensioned. They should not deflect too much and as long as they don’t skip over the pulley teeth should be ok.  I’ll grip the motor pulley while trying to move the axis by hand and as long as it doesn’t jump then that’s ok as a starting point.  Once it’s printing you can tweak the tension after observing how much ringing the prints have.

Given that you originally had no problems then my best guess without seeing it is the bearings or the grub screws on the motor pulleys.

For which oil to use search forum(or google) for this, some special oil is needed, it is like light machine oil.

Every 3 months you need to clean rods, and oil it.

So for cleaning the rods I came to this article: https://blog.prusaprinters.org/top-6-tips-original-prusa-i3-3d-printer-maintenance/

They mention to apply some general purpose machine oil to it. Is that WD40? Or should I go for some universal lubricating oil such as this one: https://www.griffon.eu/en/product.924?cookie-consent-level=optimal

For the bearings I found out this should fine https://www.griffon.eu/en/product/white-grease/932

There is quite some dirt on all of the rods so I would do a full maintenance and cleanup of the printer to try to fix the issue. However I’m a bit afraid to apply incorrect products... So a little advice in what products to apply would appreciated! 🙂

And of course some of us would say never use oil. It would be downright silly on the Z rod as it all ran off.

Pack your bearings with a good quality lubricant and keep your rods clean and dry. Those bearings have a seal for a reason - they push all the oil and gunk off to the sides. Nice thing about a clean and dry rod - printing debris just falls off.

My printer is working again normally. It turned out to be the grub screw on the flat side that was sitting loose. By gently pushing the extruder left and right I could not detect this. However when using the pliers to 'block' the motor by grabbing it on the flat side I could see the wheel still moving a bit when gently moving the extruder.

In the meantime I also cleaned the rods with some kitchen paper just to remove all of the durt. I'm now printing just fine again!

Thanks for the incredible support here!

That's great news.  One thing I like to do once the pulleys are correct is to draw a line with a thin sharpie marker across the pulley and motor shaft.  That way you can see it its ever out of alignment again.

That's great news.  One thing I like to do once the pulleys are correct is to draw a line with a thin sharpie marker across the pulley and motor shaft.  That way you can see it its ever out of alignment again.

Brilliant and simple idea, thanks for that. I'll use a silver sharpie so the mark isn't conspicuous unless you're looking for it. 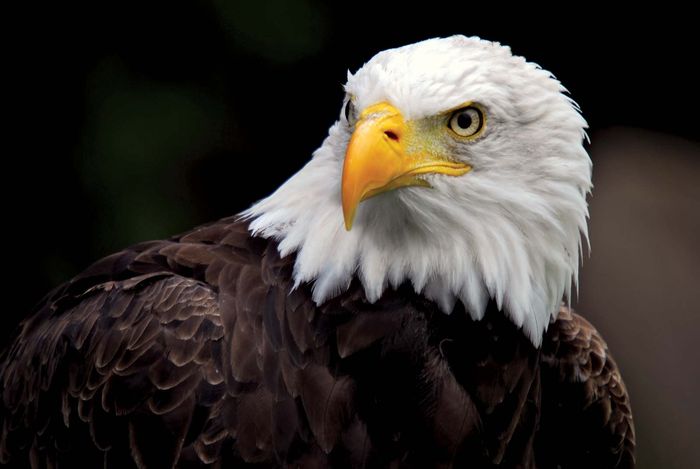 Can you show an image of what you mean please? I need something similar but I can't think what it looks like. Thank you.