Issue: The first layer goes down very inconsistently, there will be lines that are perfect and they are followed by 2-3 lines that are a little too far/too close. I've run the "first layer my way" multiple times now to find a good live-z setting and I have settled around -1.45. When trying to troubleshoot this issue I raised the lowered the live-z setting to see if I was still too far but that just made all of the lines too close.

Here are a few pictures of what I am talking about...

This is the first layer going down on the temp tower: 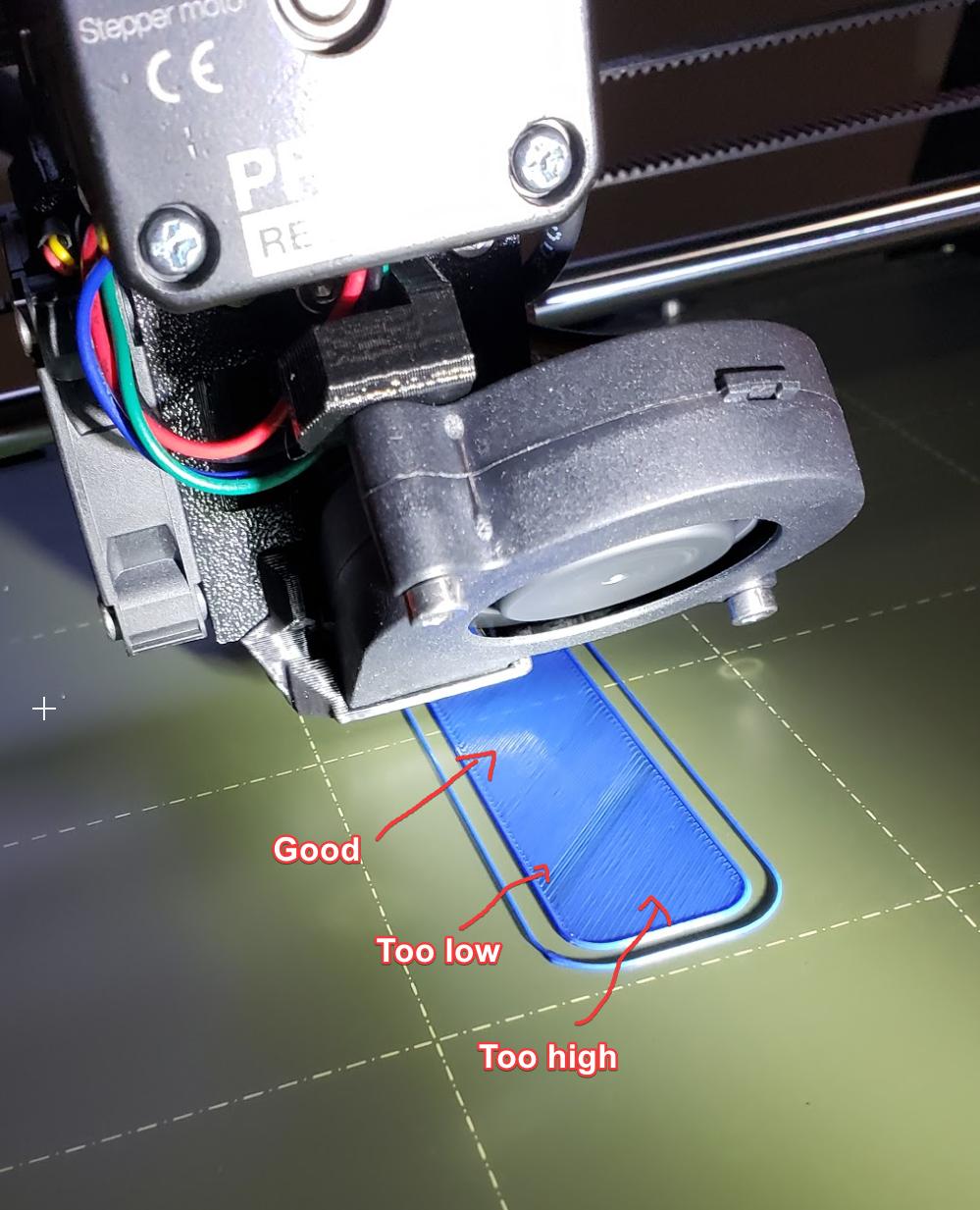 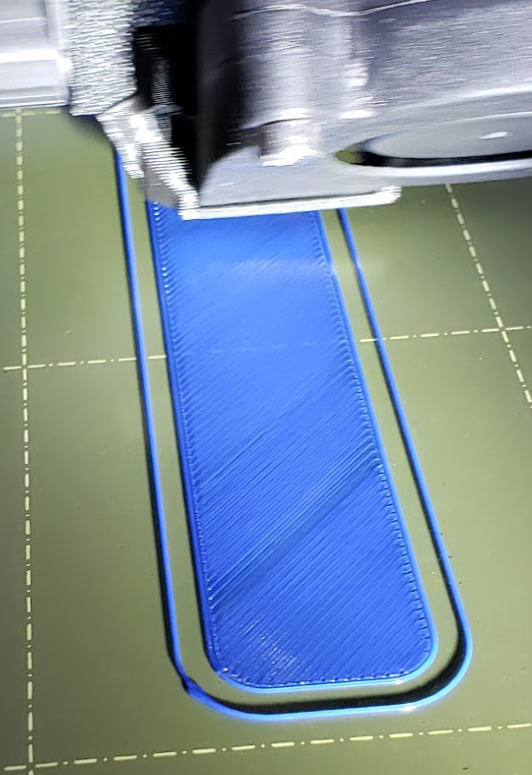 Here is a top-down view of the second layer going down with tons of gaps and holes for some reason: 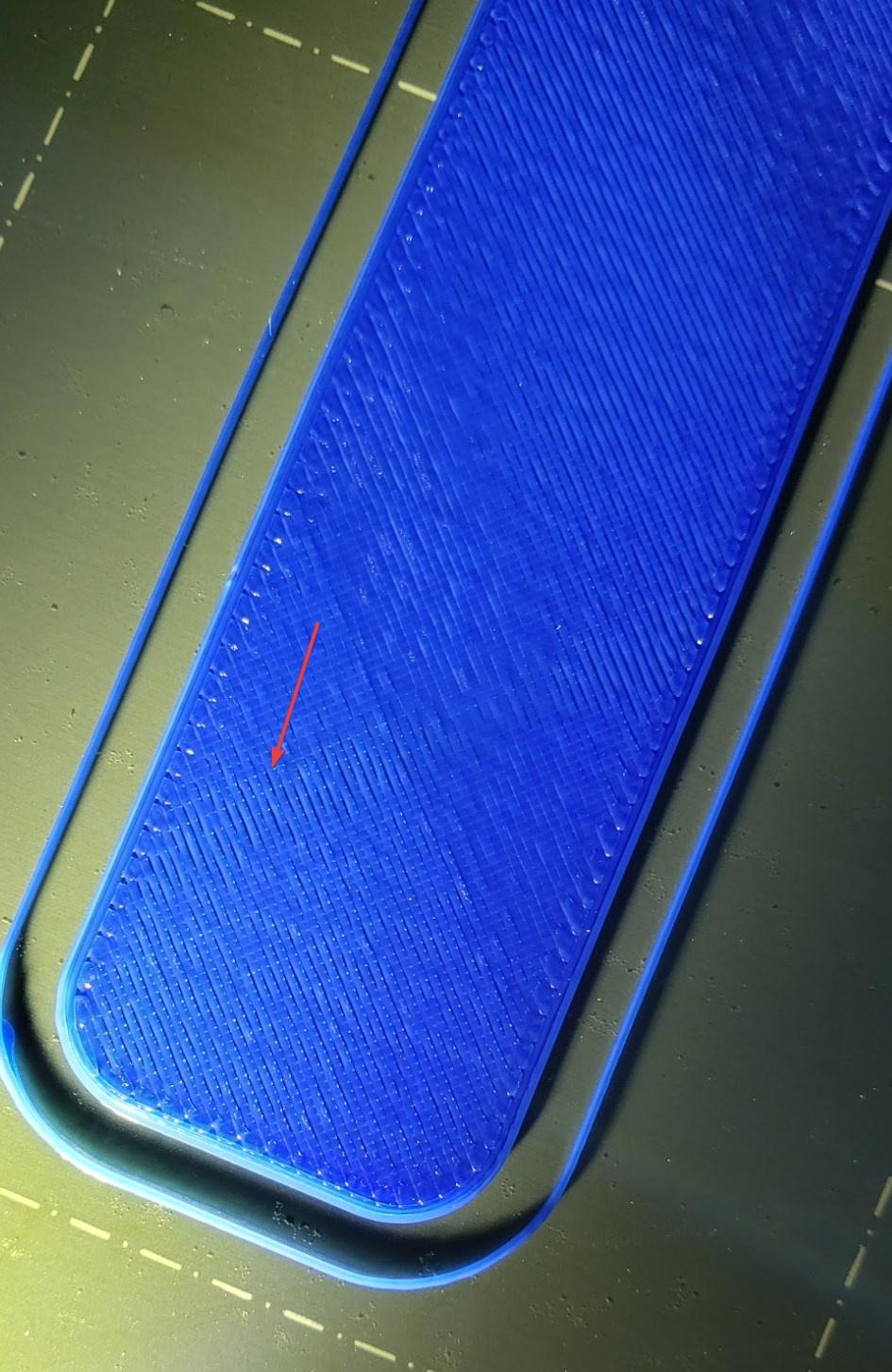 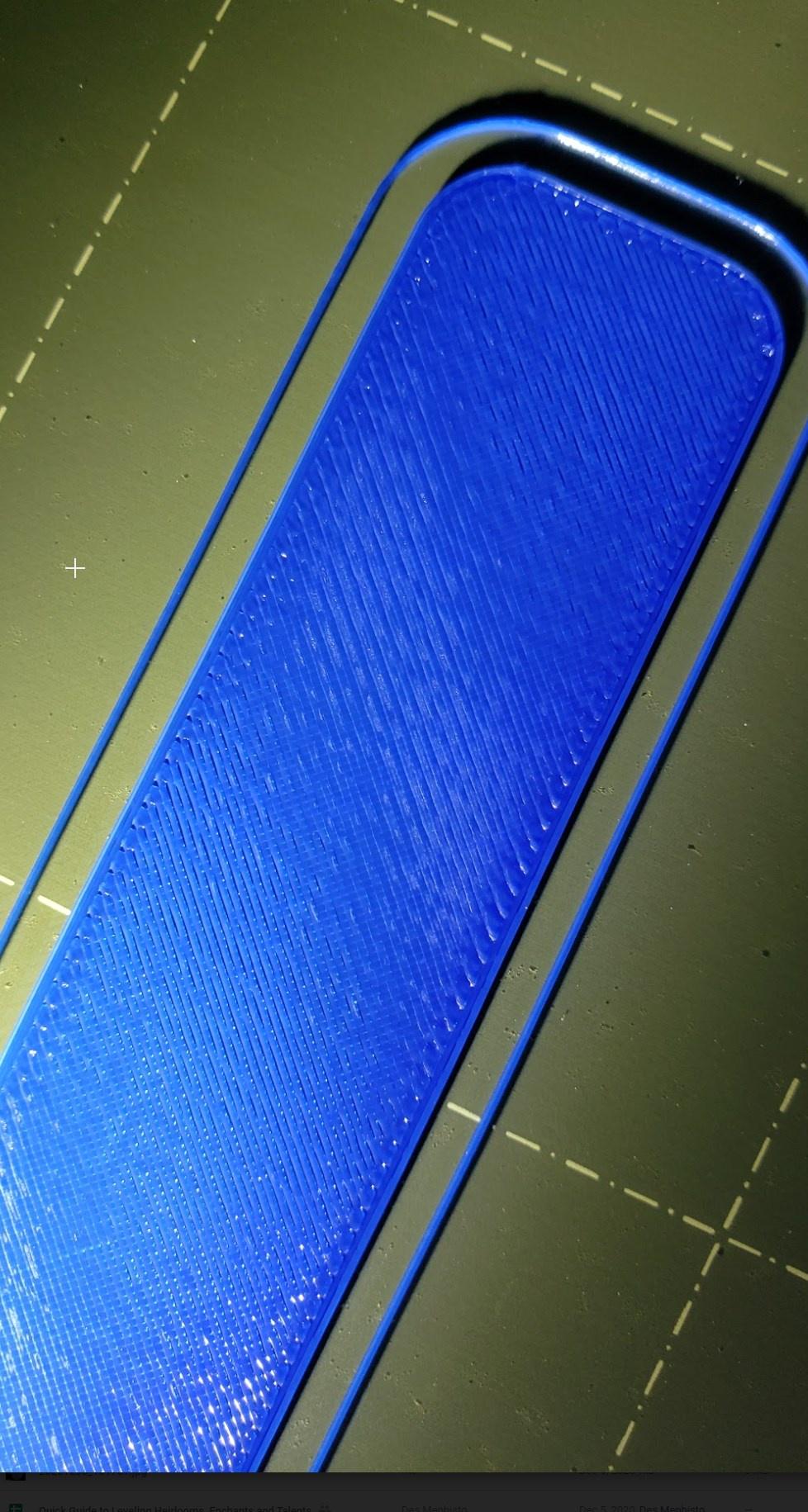 I then decided to do another first layer calibration using the method suggested on this forum. The first half of the test was with the same live-z value used in the pictures above and the second was adjusted down another -0.25. 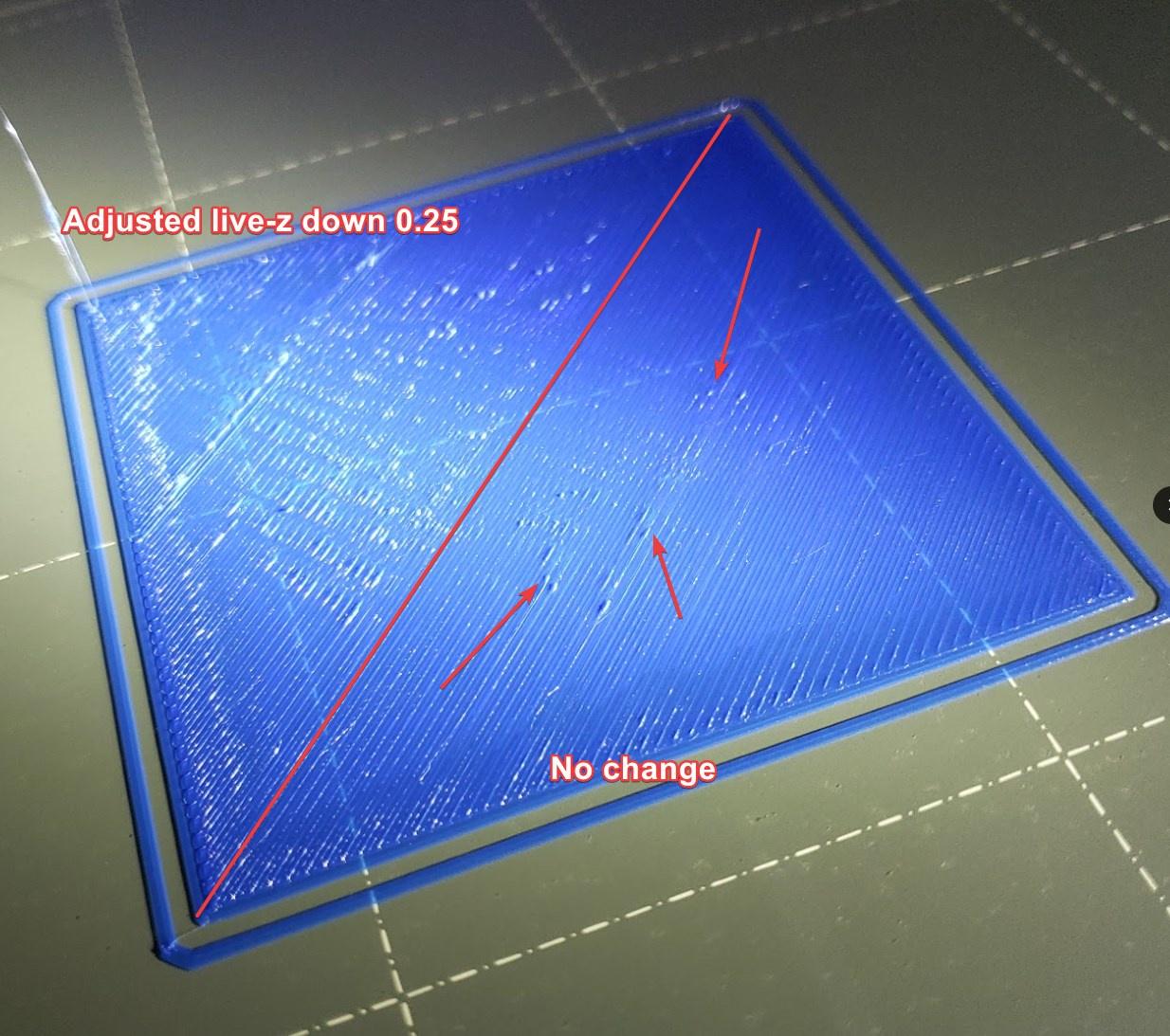 This test tells me that somehow the print head is both too high and too low at the same time somehow, you can see in the bottom right that it looks ok, but then towards the middle it gets too low, and then when I adjust it down -0.25 it obviously gets too low, but how can that area going towards the middle be too low if I didn't change anything from when it started, and how is it that the first layer can go down ableit with inconsistent lines (but all still smooshed and no gaps) but the second layer suddenly has tons of holes and gaps?

Again, this is using the hatchbox profile that comes with prusaslicer, i've changed nothing.

Update: I went ahead and decided to remove the steel sheet and clean it thoroughly with dawn dish soap followed by a cleaning with 99% IPA. I then did a recalibration of the Z axis and re-ran the bed level test and got results that were a bit better than before, but I am still getting these random holes: 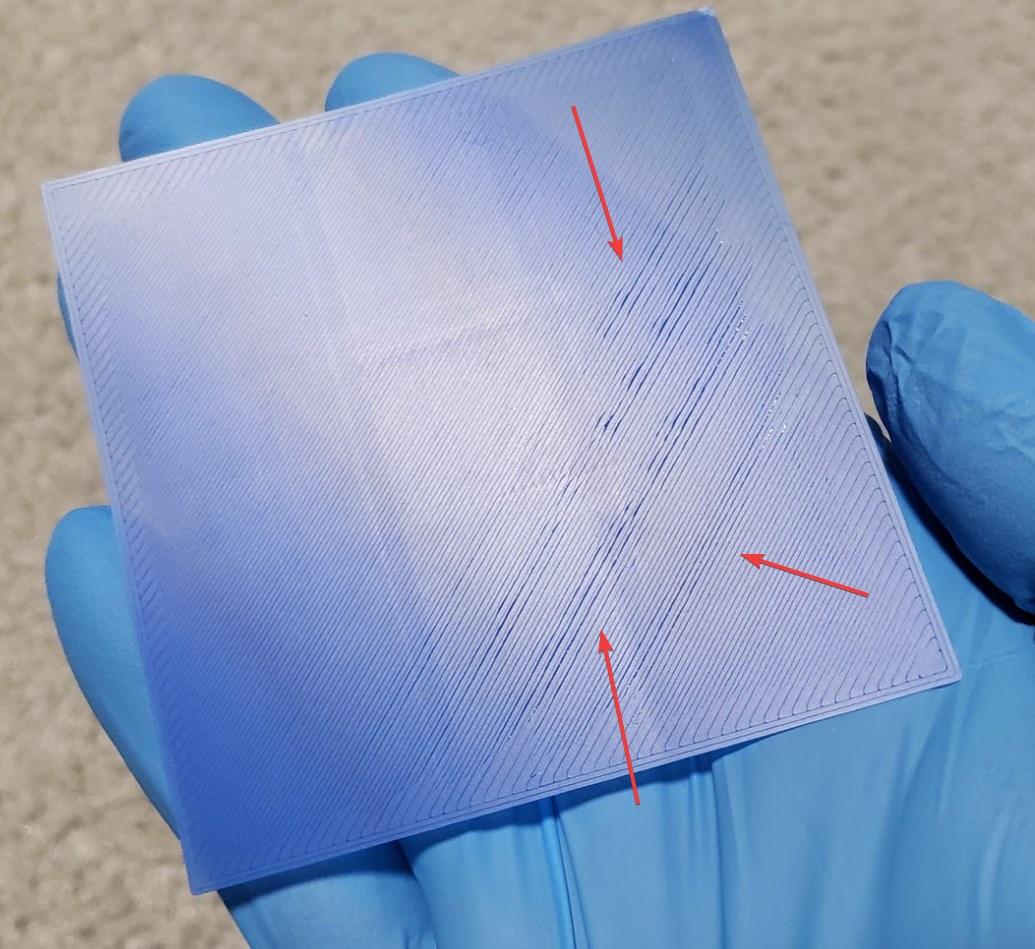 I also just happen to have a USB microscope, so I decided to pull it out and take a closer look at these lines that look like cuts in the print. First, I zoomed in on the good part of the print, this is the top left part of the above image zoomed in: 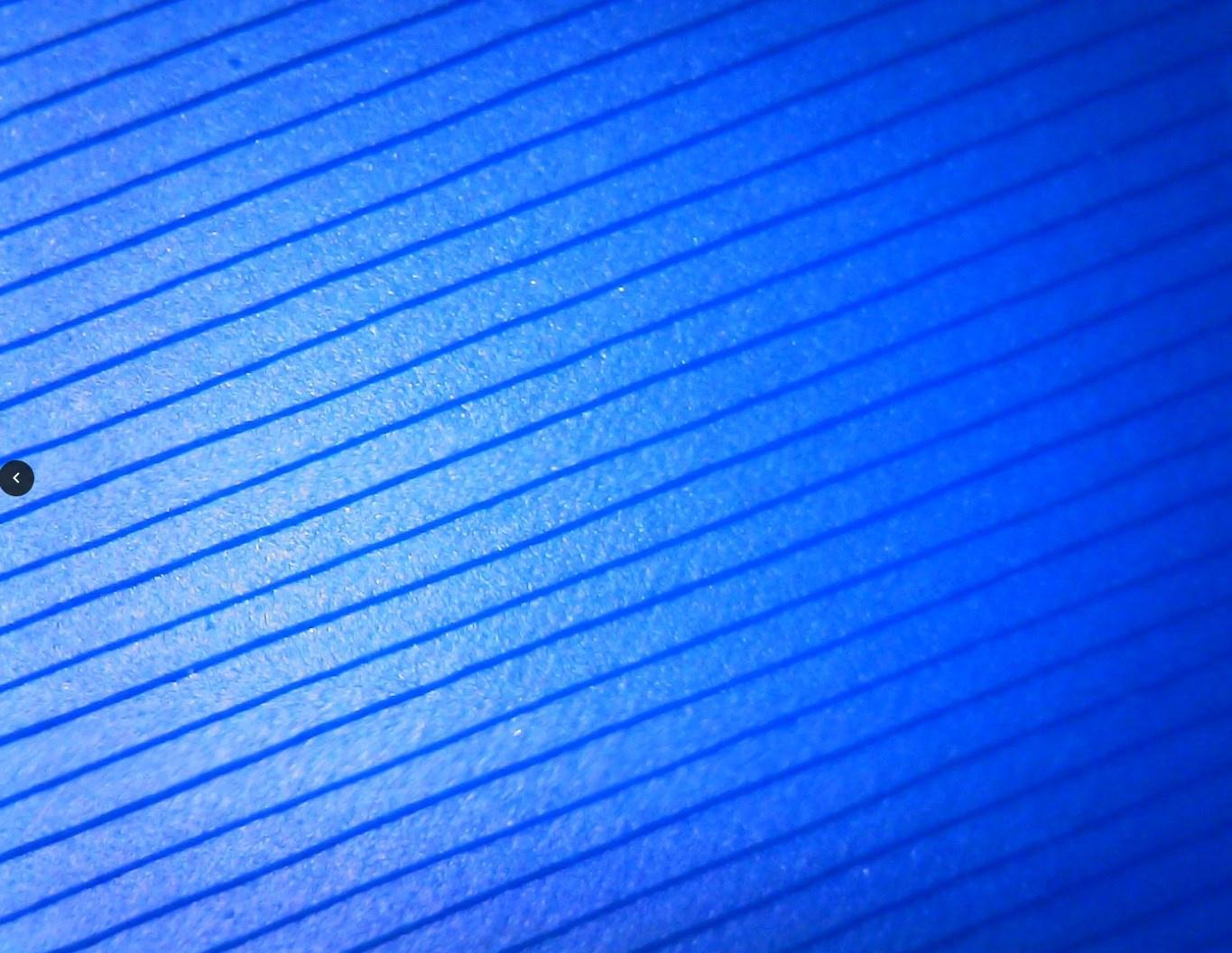 Pretty nice lines. Now, if we zoom in on the part that looks like gashes/cuts, this is what we see: 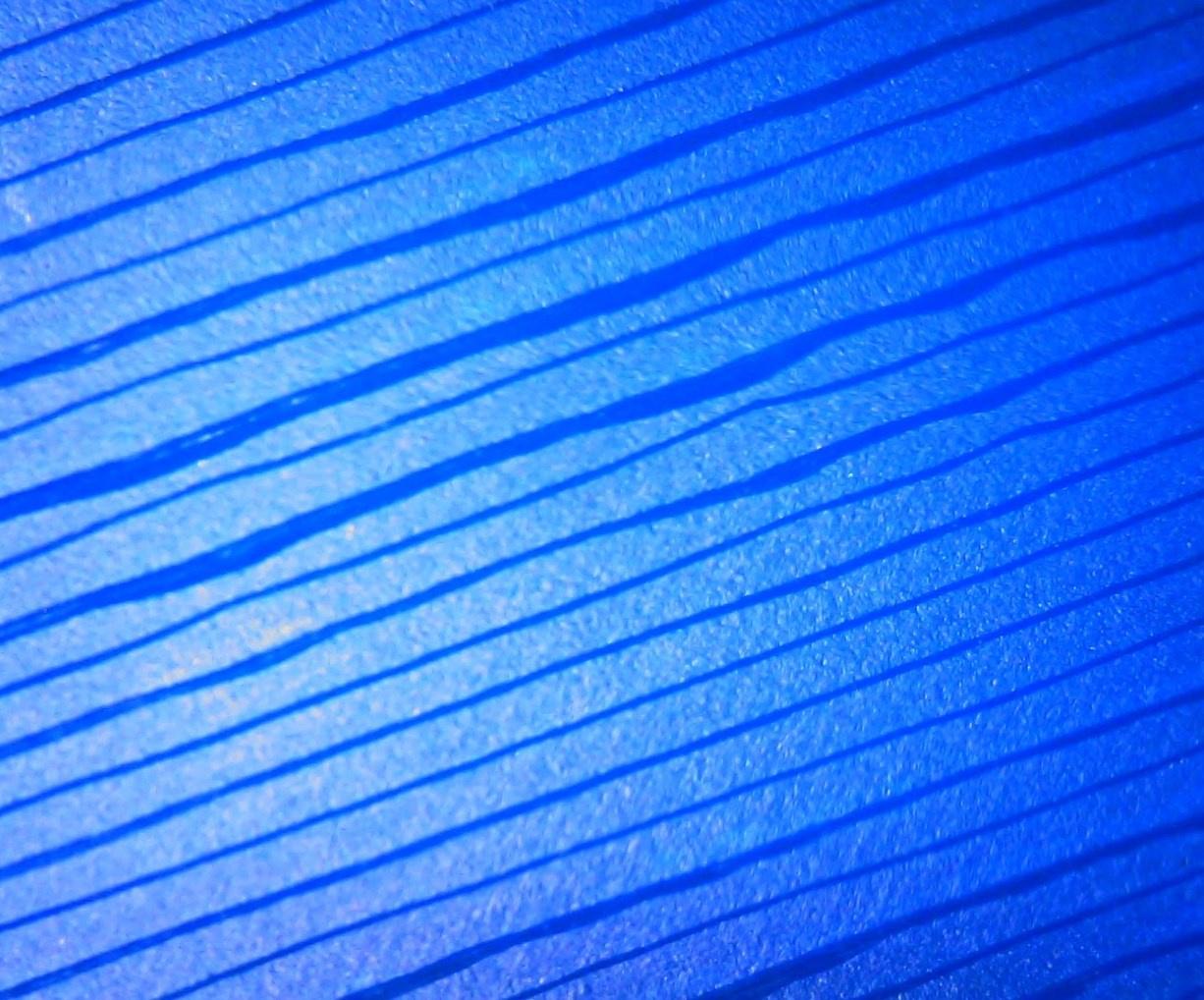 To me this looks like it could be a jam, but I am not sure since it doesn't happen for the entire print. To verify, I tried to print my temp tower again and it had the same result as before with the holes on the second layer: 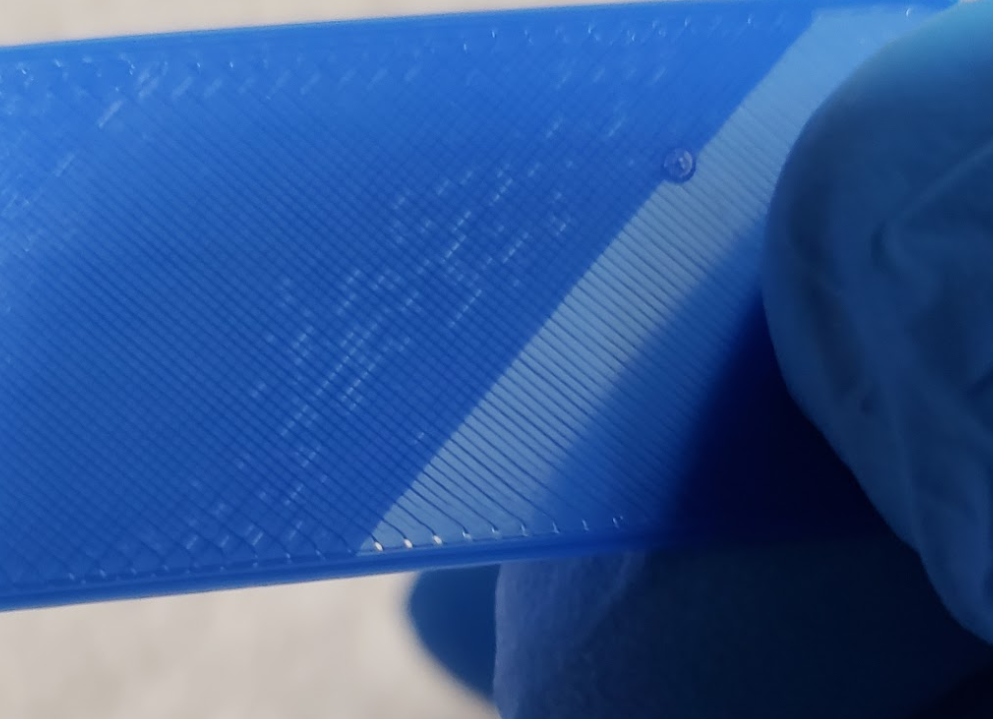 If we zoom in on this part of the print, it has the same jagged-lines as the first example I showed (although because the microscope has a bright light, the glare makes it more difficult to see): 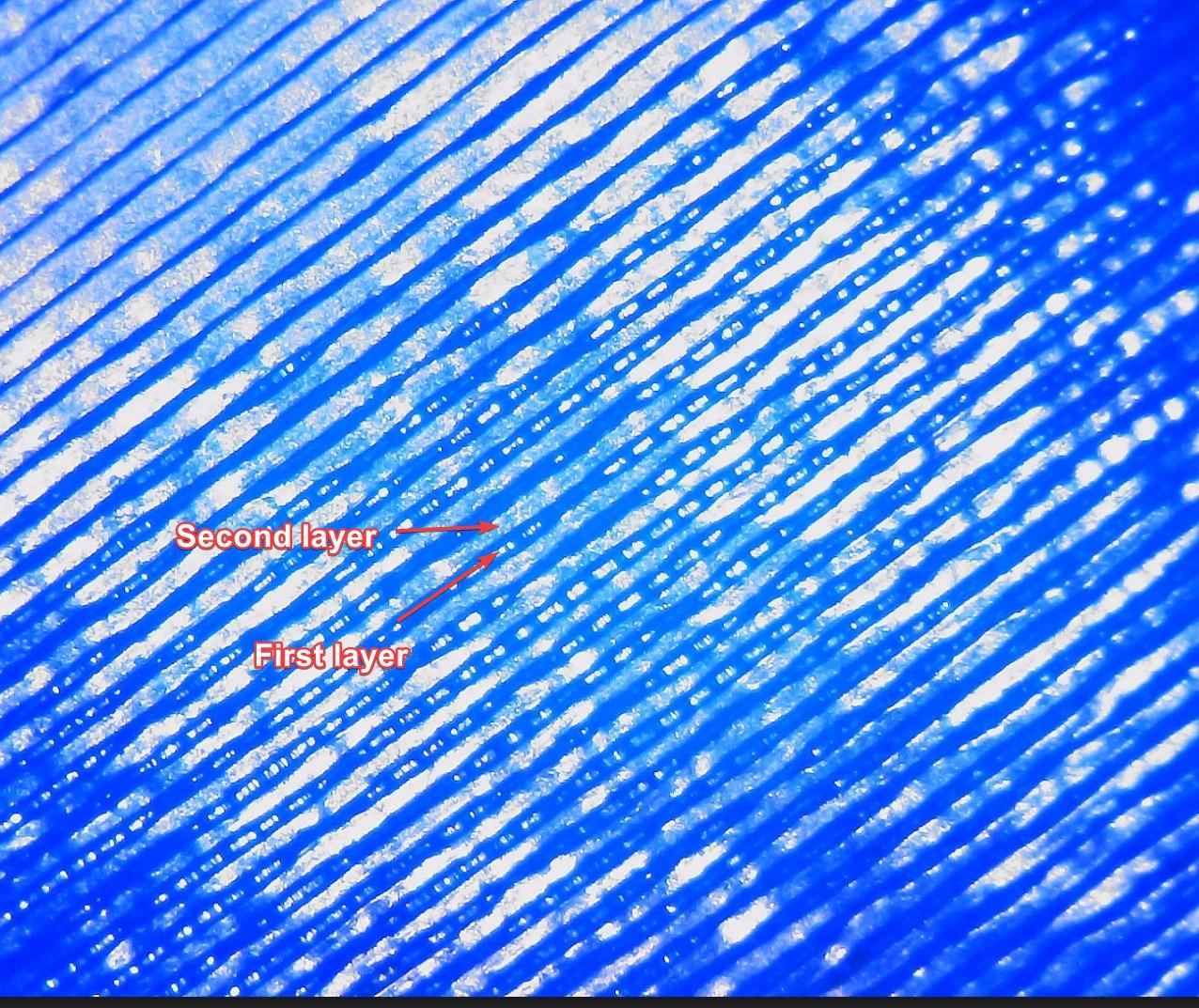 so either this is a jam, or the roll of hatchbox I got is verrrryyy inconsistent. Does anyone have any ideas?

hi!  have you tried to print the very same piece with a different filament, just to have a comparison?

Yup, 7x7 mesh and I tried the same piece with another box of hatchbox red that I hadn't opened yet, same issue.

I also took the steel sheet off and reset the heatbed screws so they are all even again and I still get the same issue on the second layer and above, random gashes and holes.

I realize getting a consistent first layer is difficult, but my Ender 3 which is 1/3 the cost of the MK3S+ can do it just fine out of the box which is why im so lost as to why the prusa seems to be having such a difficult time doing the same thing.

If you clean with dish soap, use a lot of hot water and clean a few times(especially if it is the first time). And cleaning with alcohol after dish soap is not needed.

Your first pictures are to high.

Check if your nozzle extrudes enough filament, move extruder to high position, and extrude by hand, liik if filament comes out straight, and thick enough. You could also do a few cold pulls, look on prusa website on how to do this.

Then print a few cubes spread over the bed, then start to high printing, and adjust every cube lower, and check which is the best.

And adjusting , do only a little bit. it needs to be precise.