Anyone know if it is possible to downgrade the firmware to a previous (official) build without breaking the mainboard tab?

I was able to downgrade from alpha to previous release. Just make sure it's the only firmware on the drive.

I don't think you could do anything with the network adapter anyway.  Mine would pick up an IP address and I could hit a generic web-page, but the only thing it would display in the 1.02 firmware was the current temperature.  In the 4.0.3-RC1 version, even that didn't do anything.  I'm sure that they'll get the network stuff working soon, but for now, it's not a real set-back.

I would suggest at least changing the screws to brass ones. Better would be designing a new cover and connecting the wires on the top. We had motor terminals blowing up because of this flaw once.

Was the printer in that article one of the original minis or was it the updated version that they are shipping now.

I think it's not yet mentioned if is the updated version or the initial MINI version, but there are a lot of discussions on the corresponding facebook link; check here the facebook link: https://forum.prusaprinters.org/forum/hardware-firmware-and-software-help/heatbed-electrical-connection/

One of early units, that shipped before Christmas.

There were ten orders marked as shipped in our spreadsheet yesterday.

Asked on the support about my filaments order (all stacked) and at should be shipped today or tomorow. That would be one week order. They say there are are lots of orders to process and andy are are s for the delay. So not only MINIs 🙂

Can confirm that. Ordered new MINI hotend on monday, paid the same day and waiting ever since.

Bit of a stretch to a call mild squish in a fused circuit a fire hazard.

Bit of a stretch to a call mild squish in a fused circuit a fire hazard.

Actually a fuse won't change anything as there won't be excessive current flow. The problem, which is described in the reddit post, is that the resistance of the screw is high enough to create a local hotspot. If the screw would have the same resistance as the PCB trace used for the heatbed for example, the heating power would be distributed 50%/50% between heatbed and screw. As the screw has much lower surface area, it could heat up considerably more than the heatbed in this example. Fuses only protect against short circuits, which is not the case here. (keep in mind that this is a bit simplified)

Jo Prusa already posted that they checked this issue with a thermal camera beforehand if I recall correctly. They found out, that it is not much of a problem.

Despite this fact using this method of attaching a cable to a PCB is just bad practice and should be avoided, as there are a lot of insecurities. For example if the screw heats up, it will expand making the connection even worse. In addition, as the contact area between screw and PCB is so small, the movements of the heatbed could wear the Pad on the PCB, especially if the screws are not properly tightened. Usually, solder-on connectors and matching plugs are used in this scenario, at least on the PCBs I design at work.

For this reason I would really like to see this changed, but even if it isn't changed by prusa it is a pretty easy mod.

"Actually a fuse won't change anything as there won't be excessive current flow. The problem, which is described in the reddit post, is that the resistance of the screw is high enough to create a local hotspot." I think we must be looking at different pictures. I see a thumb and two wires with a pinch mark.

I know the first picture in the post shows a squished cable, but I wasn't referring to that. I was referring to the second picture that shows the way the heatbed is connected. I'm not an expert and everyone saying it's the wrong way got me concerned a little.

Edit: it's not my post anyways, I'm sure Jo and his team did the math, but it still doesn't feel right This is the second picture I was referring to

Thanks for the nice explanation 🙂

The piece that covers the screws looks like it could fit upside down, perhaps putting the connector directly on the pads (on the top side) would help? Someone suggested getting brass bolts but I'd prefer not buying new parts if possible.

Prusa says this is not a problem with this small heatbed. If the concern is the screws and not the pinch, one could put them on the top side, so the spades have full contact with the copper pad. It will require a new 3d printed cover, which should be easy to make, or just some electrical tape wrapped around it.

Much of the wiring in your house has connections that aren't effectively any better than this. (Image referenced in that Reddit post) 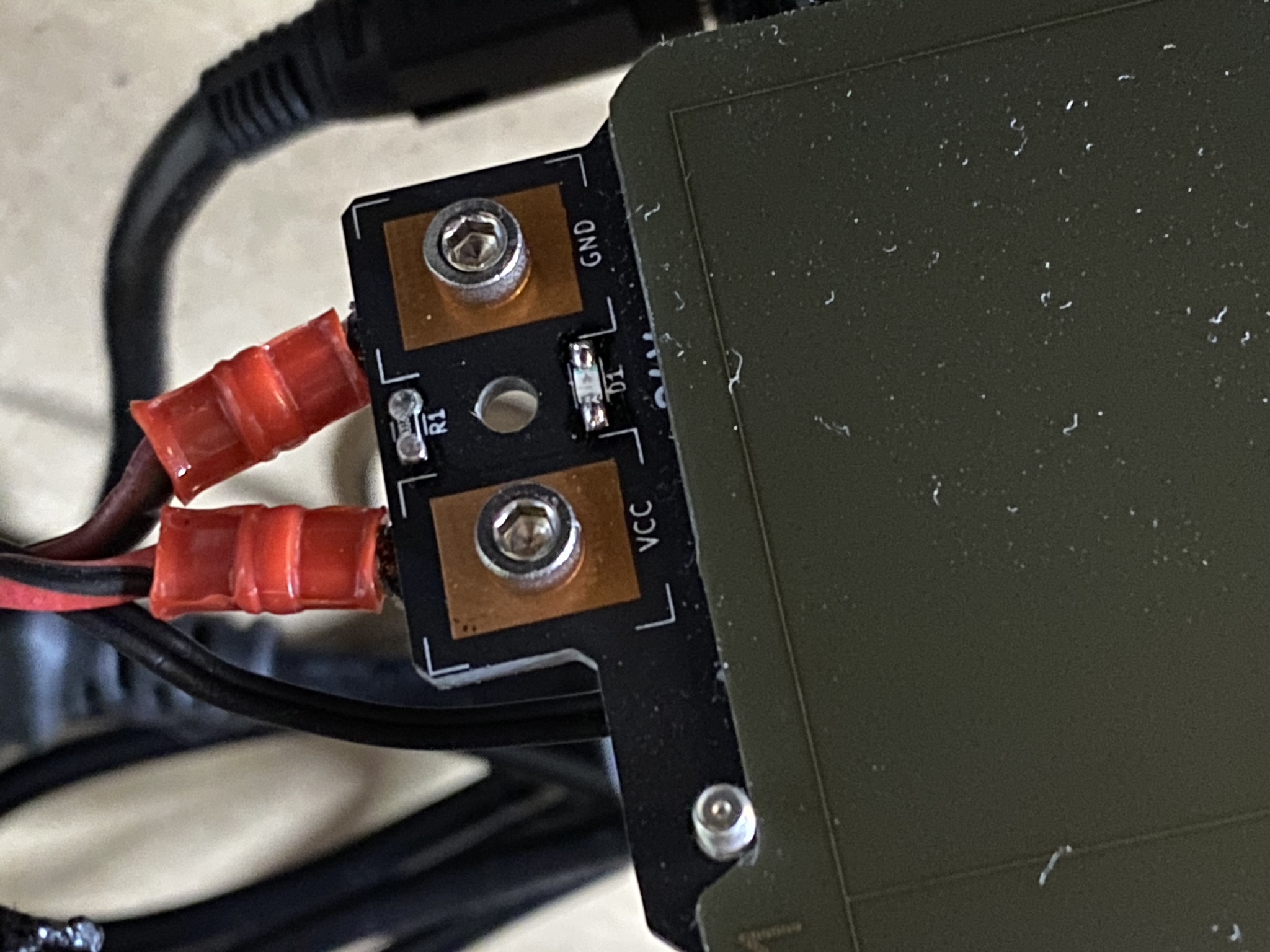 I think there is a bit of Chicken Little going on in that Reddit thread, though. Especially with things like "won't pass any US safety standards"

That said, clearly the board was designed for the spades to be on top. Maybe they moved them during assembly because they were shifting and contacting R1 or something.

Just in case someone tunes in now and doesn't want to read the whole thing:

The pinched cables are not the issue we're discussing. We're talking about the screws on the heatbed!

@pete-b3 it might not be a problem in the mini but I'd still put the connectors on the other side, Josef said this way the cover is lower and leaves more space for the part cooling fan. I don't think it'd get much taller with the spades on top though

I think the printed part can be installed upside down so the spades fit on top. I'm checking the stl on github right now. I know my house might not have the best connections 😆 but let's not add another one if it's easily fixable!

Actually, there's a separate thread on the heatbed connection. It includes this screen shot:

There's another thread here on the forum as well: Heatbed electrical connection